Two possibilities here, an open anchorage with a fairly strong tidal current alongside the beach. It's OK for a lunch stop or as an overnight to get an early start west toward Poole.

You can also get inside the spit, where you can lay quietly in the small pool on the port hand between the entrance and the fisherman's pontoon. According to local knowledge (many thanks to Chris Enstone) the entrance is navigable at LW +/- 2 with a draft of 6 feet. When anchoring, keep clear of the main channel, anchoring fore and aft makes room for more visitors. We have been caught for £8 by the local harbourmaster but he's not too diligent at chasing for his money. The shingle beach is fine for barbecues and beachcombing but sandcastles are out. A visit to Hurst castle is a must, possibly combined with a cheap lunch at the cafe inside.

Just a quick note about the entrance, keep to starboard when entering, the spit on the port hand side extends further than you may think. 2009, the harbourmaster told us that the spit has been dredged, so the entrance is fairly wide again. 2010 According to our GPS, the entrance buoys are some 150 yards northeast of the charted position. There are leading marks for the new buoy position but they are small and inconspicuous. The deep water channel into the harbour also appears to be further 'inland' than the chart. There appears to be a soft mud 'bar' sitting between the 2 entrance buoys, once over it the water deepens appreciably. 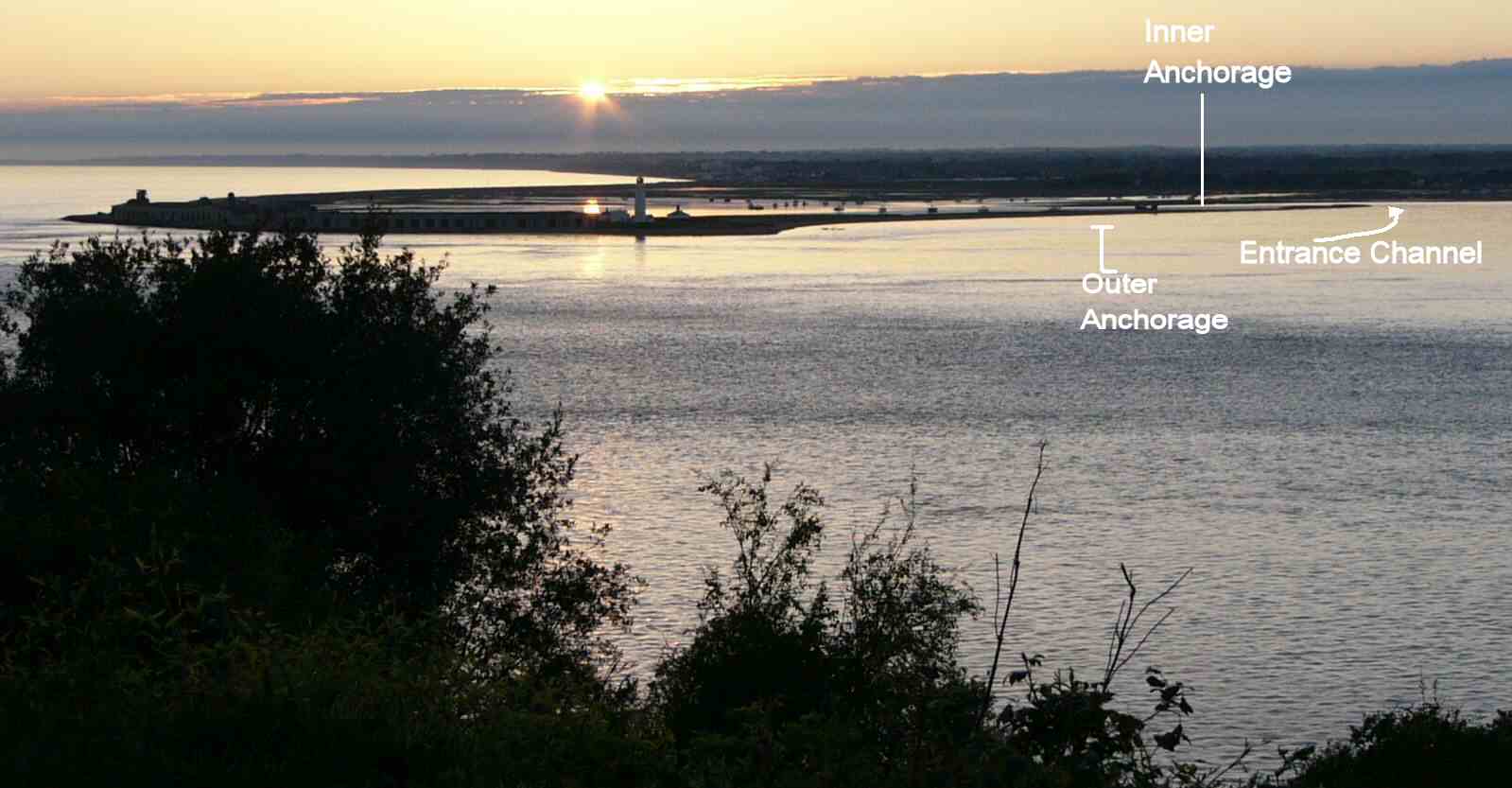 "Hurst Spit and it's anchorages."